What is the Tabernacle Experience?

The Tabernacle Experience is not a museum.

It is not a theatre production.

The Tabernacle Experience is an Encounter with the living God.

One step inside the Courtyard will translate you into Old Testament times. Your Audio Driven Journey will take you through a day in the life of an Old Testament Priest as you engage in the duties and rituals of The Tabernacle at each of the 8 interactive stations.

The Tabernacle is simple, yet utterly profound! You will be ushered out of the ordinary and into his extraordinary presence.

It is our mission to provide a life-size interactive Tabernacle of The Wilderness to Communities, Churches and Individuals across the United States revealing Jesus the Christ in every aspect of the Spiritually impacting, Life Changing narrated driven journey.

When we receive a prospective email we are thrilled! Once the invitation is extended we begin to prepare for our journey and literally pull up stakes, pack the trailer and hit the road!

The Scripture we embrace for the Tabernacle Experience encourages us to continually seek The LORD and follow his lead.

“When the cloud lifted from over the sacred tent, the people of Israel followed it. And where the cloud settled, the people of Israel camped. In this way, they traveled at the Lord’s command and stopped wherever he told them to. So they camped or traveled at the Lord’s command, and they did whatever the Lord told them.” Numbers 10

One thing is for certain, we love what we have been called to do. We consider it an awesome privilege and a grave responsibility to be part of such an amazing ministry. We are honored and humbled to serve the LORD and His people as we travel from location to location!

The Cloud is on the Move!

When the Children of Israel escaped bondage from Egypt, Moses was instructed by The LORD to build The Tabernacle. The Tabernacle was the dwelling place of God and a place of worship and sacrifice. At the direction of the LORD, this vagabond nation transported the Tabernacle as they wandered for forty years in the Sinai Desert. When the Israelites entered the Promised Land they were instructed by the LORD to give the Tabernacle of the Wilderness a more permanent home in Shiloh.

In 1996 I was given the privilege to tour Israel and as one would expect my first and only trip to The Holy Land was quite impressionable. Among the many historical and spiritually significant sights, the LORD revealed himself in a forsaken, rock-laden field where the town of Shiloh once thrived.

During the tour, our group settled in at Shiloh. On that particularly warm autumn day, this barren field became our place of worship. We gathered about our Pastor, Chuck Smith, Jr., as he began sharing the familiar story of the young boy Samuel. Samuel’s mother, Hannah, promised the LORD that if he gave her the desire of her heart, a son, in return she would offer her son to the service of the LORD at the Tabernacle. Therefore the young boy lived in Shiloh and served at the Tabernacle under the direction of the Priest, Eli.

Our pastor began reading the Scripture,

At that very moment, our Pastors voice faded and the cry of my own heart resounded in my ears. With head in hands, I cried aloud to the Lord. ‘Give me ears like Samuel. I desire to hear from YOU!’ Immediately deep within my being I heard, ‘Jeanne’. Lifting my head I looked about wondering if someone from our group had called my name.

Once again, I heard ‘Jeanne’. Could this be the LORD speaking to my heart? For certain, I knew this was a ‘voice’ that was not my own so ever so faintly and reluctantly I  whispered, ‘Here I am LORD’.

I leaned forward and tilted my head as if to ensure better reception.

I waited…Was that it? Was the message simply my name? Yet like Samuel, my ‘sleep’ had been disturbed. The LORD had awakened my soul & spirit just at the call of my name. I restrained from skipping back to our tour bus, yet found it quite impossible to hide the schoolgirl grin. He called my name! Now what? I knew for certain a comma followed ‘Jeanne.’ But when would I hear the completed sentence? What would the message be? In regard to Shiloh, my quiet times with the Lord remained just that; Quiet. Two years passed before he broke His silence.

While attending our women’s Bible Study my co-leader inquired about our upcoming women’s retreat. Facetiously she mentioned that I should take every one of them to Israel knowing the trip had made a profound impression on me. While pondering this impossible task, I ‘heard’ a whisper from within, ‘Bring Israel to them, build my Tabernacle”. This time my response did not echo Samuel’s reply to the LORD nor did it echo my ultimate reply to the LORD 2 years earlier in that field at Shiloh.  I drew in a deep breath and with all due respect I whispered, ‘Excuse me?’ Once again I distinctly ‘heard,’ Build my Tabernacle.’ I jumped to my feet. This was it! This was the completed sentence that began in Shiloh years before. With a heart filled with joy and expectation, I responded, ‘Here I am LORD your servant is listening!’

His Tabernacle? I really wasn’t quite sure what I had just agreed to. I looked around our immense sanctuary wondering if the Tabernacle was bigger than this? Or smaller than a breadbox? I began the game of multiple questions, yet He had just one answer, ‘Build my Tabernacle.’ I rushed straightway to my husband’s office, flung open his door and announced ‘We’re going to build the Tabernacle for the women’s retreat.’ ‘What?‘, He replied,‘It’s only four weeks away!’  His smile and the slow shake of his head from side to side gave me the answer I was looking for, ’You can count on me’.

I spent precious sleepless nights traveling through the Scriptures with our High Priest, Jesus. He led me within the walls of the Courtyard, ushered me into the Holy Place and solemnly beckoned me beyond the Curtain to worship Him in the Holy of Holies. At every turn He revealed Himself in the mystery of His Tabernacle. Faithful friends embraced the project. I received the blessing and the endorsement from my pastor and together we wrote the details of each aspect of the Tabernacle. I handed over my scribbled drawings and measurements of the Tabernacle furnishings to my husband, Craig and to our dear friend Dan. Within weeks the tabernacle of the Wilderness stood in all its glory within the confines of a deserted run-down tennis court.

Something spiritually significant happened when we set aside these meager elements and designated them ‘Holy unto the Lord’. Sheets of plywood, pieces of cardboard, blankets marked for clearance, cans and cans of gold spray paint, a simple rented tent, all these items transcended their earthly functions and became Holy for His intention.

As you embark on this unforgettable journey, reach out to Him. Place your hand in the hand of the Master Architect and allow Him to give you the grand tour of His home. You will find that He is quite the host and He is extremely fond of your company.

The journey is powerful, so hold on tight!

Founder and Guardian of ‘The Tabernacle Experience’

First, you will be 'clothed' in the White Linen Garment of the priest. At the Altar of Burnt Offering you will lay your sacrifice on its consuming fire. You'll approach the Laver and wash your hands in preparation for the work of The LORD. At the Lampstand you'll light an oil lamp and participate in Communion at The Table of Bread. The smoke rising at The Altar of Incense will heighten your senses and remind you that your prayers ascend to the very throne of God. As you draw back the Curtain and enter The Most Holy Place your journey will culminate before the Ark of The Covenant and The Mercy Seat.

The truths of the Tabernacle are life changing. The Tabernacle Experience is a tangible, multi-sensory encounter that will stir your emotions and faith in the person of Jesus Christ.

Jesus said that the Scriptures point to Himself

"If you had believed Moses you would have believed me because he wrote about me!” Isn't this awesome? The Old Testament Scriptures point directly to Christ! The Scriptures concerning the Tabernacle are no exception.

Just a short time after His resurrection, Jesus met two disciples on the road to Emmaus and joined them on their walk. Jesus inquired why they were so sad and down and out. With heavy hearts they shared why they were filled with sorrow and disappointment. The very man they had trusted and believed in to be the Messiah was now dead. When the disciples arrived at their destination they invited Jesus into their home to share a meal and He accepted. They continued to engage in conversation and Jesus began rehearsing the Scriptures with them beginning with Moses and all the Prophets. He explained all the things concerning Himself. When Jesus had departed they said to one another, 'Did not our heart burn within us while He talked with us on the road and while He opened the Scriptures to us?" This is our prayer for you; that your heart will burn within you as you are tenderly escorted through The Tabernacle Experience by your High Priest Jesus. 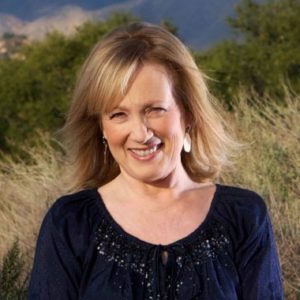 "The truths of The Tabernacle are life- changing … and participating in the life-size replica is an opportunity not to be missed by anyone who desires a tangible, multi- sensory experience of worship and communion with God.” - Kay Warren, Saddleback Church 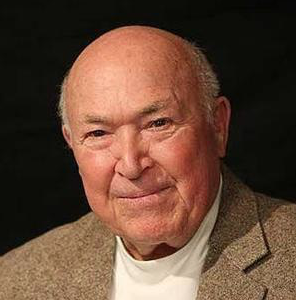 "The Tabernacle Experience was a tremendously moving spiritual experience that impacted many lives. You will not be disappointed. We hope to have it again." - Chuck Smith Sr., Calvary Chapel, Costa Mesa 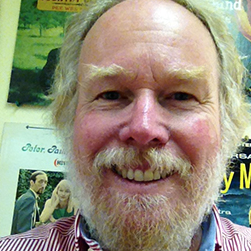 "My family and I have visited The Tabernacle. What an incredibly moving experience!”- Alex MacDougall, Christian Music Industry Veteran 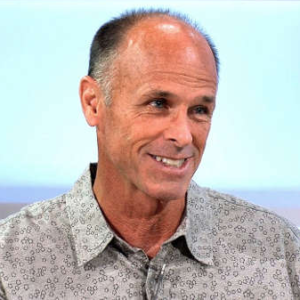 "The most powerful way to encounter the Bible is as a ‘lived experience.’ To read the Scripture is not nearly so impressive as to walk through it -- to see, smell, and handle what we have only read about. To walk through the Tabernacle is to live in the Bible for one brief moment. It is a privilege every believer should enjoy."- Chuck Smith Jr 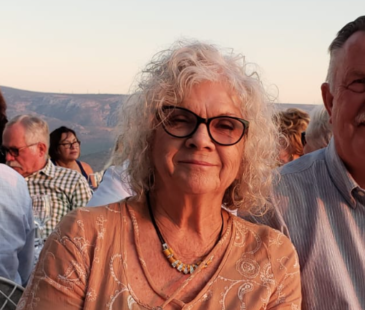 Experience the Tabernacle: An Interview with Jeanne Whittaker 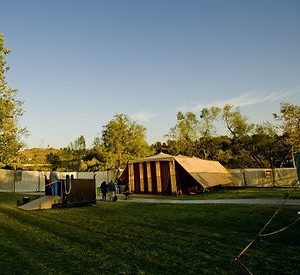