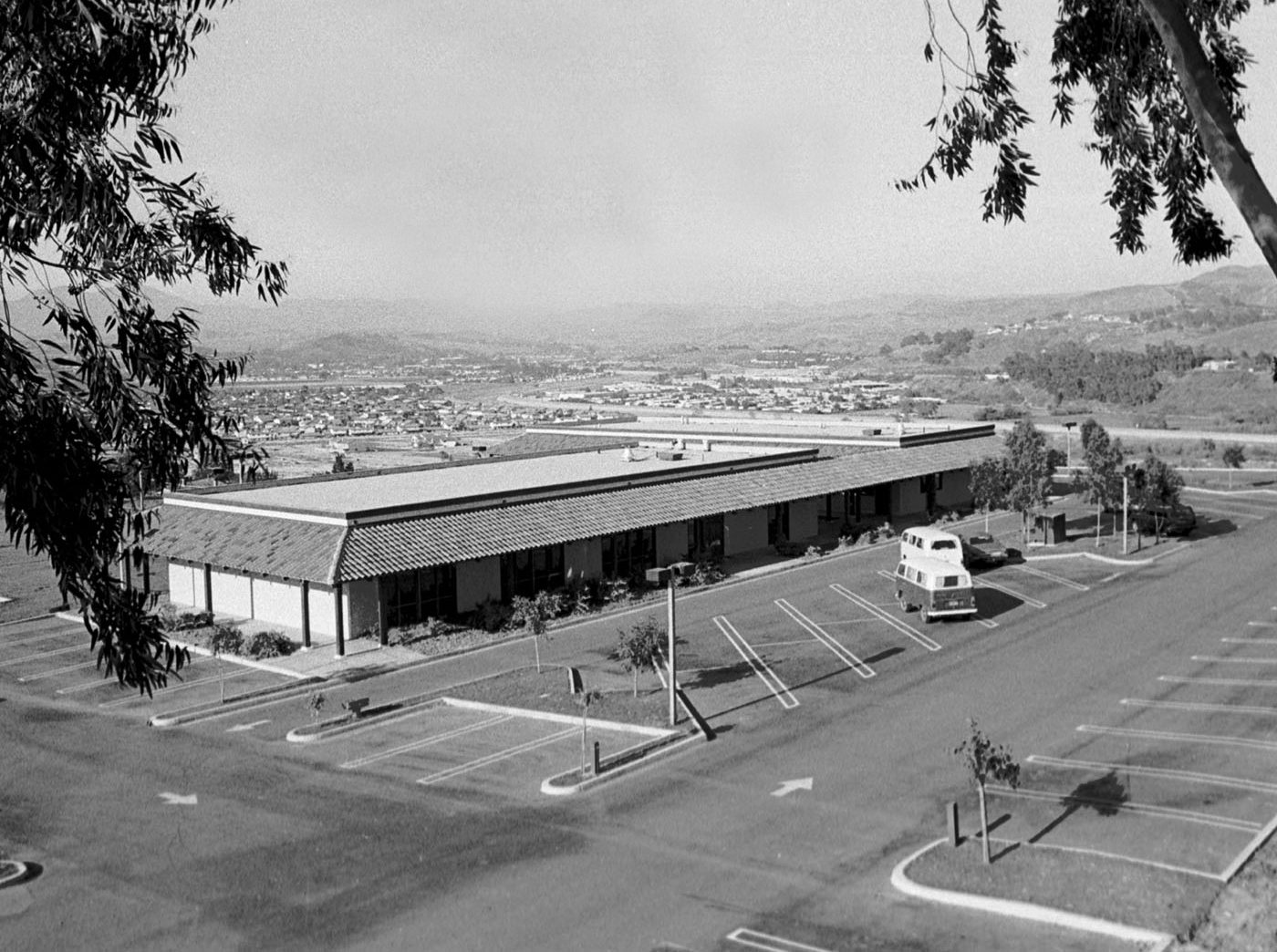 On July 4th, Capo Beach Church had its humble beginnings in the home of Jim and Fran Counter on Blue Lantern street in Dana Point. Our prayer and hope was that the Lord would prompt Chuck Smith Jr. to begin a Calvary Chapel in the area. By mid 1974, the numbers had soared from 5 to 65 and the home could no longer contain what God had in store. Thus we began meeting at a larger facility, Richard Henry Dana Elementary School, as Calvary Chapel of Dana Point. 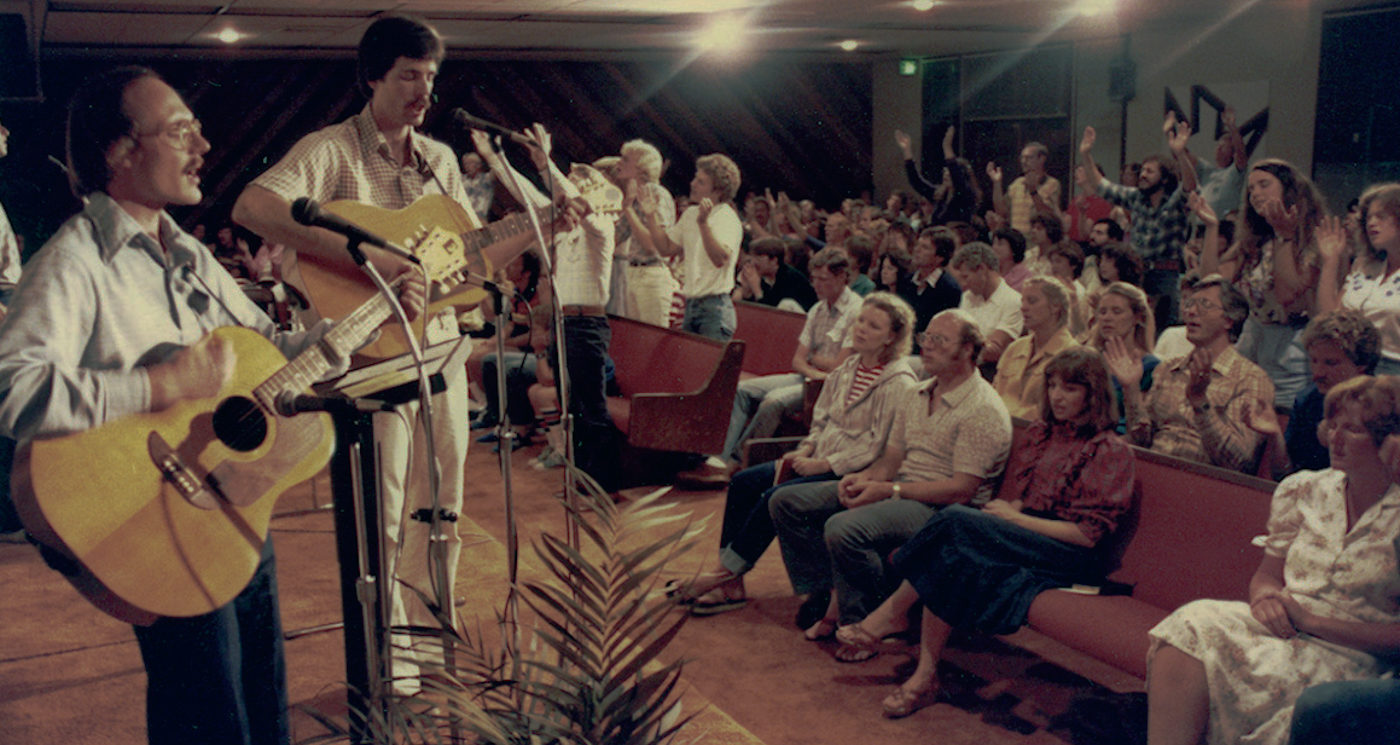 We were in the midst of the “Jesus Movement” that began in the 60's at Chuck Smith Sr.’s church in Costa Mesa. The Holy Spirit was on the move and so were we. Our first land was purchased on a hilltop in Dana Point on Big Sur Street and construction began. The pews were filled on the very first Sunday service! Within a few years a tent was added to the sanctuary to accommodate our growth.

The Holy Spirit continued to draw people through the doors to hear His word and worship together. At that early time in our spiritual growth, we hadn’t really grasped concepts like grace, tolerance, forgiveness, or humility. In fact, we looked and acted like any other legalistic, dogmatic church around. Our pastors wore suits and ties while they sat on stage. Sandals, beach attire, children and coffee were all banned from the sanctuary, as well as Christmas trees from our homes!

As time passed, the Holy Spirit began to move in our midst. Our worship music took on a life of its own as we set down our hymnals to raise our hands. Our outdoor Saturday worship and prayer meetings could be heard by all surrounding neighbors. God softened any prideful hearts and made us gracious and compassionate towards people, regardless of their background, knowledge, or attire.

Meanwhile, the local bowling alley, Capistrano Lanes, was losing its popularity, and eventually shut down, but God had something special in store for it. 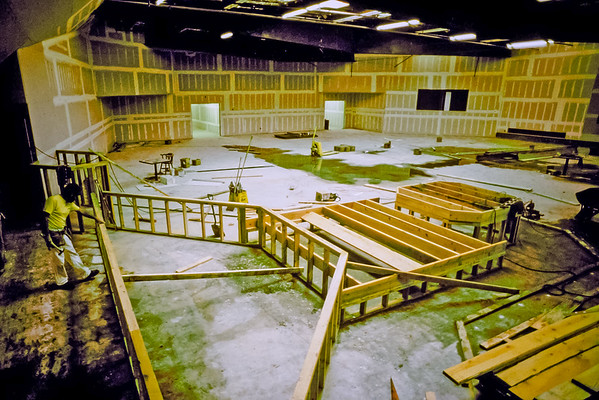 We sold the hilltop property then closed escrow on that old bowling alley and began renovations. Everyone pitched in to help turn the run-down bowling alley into an epicenter of restoration and grace. We were encouraged by the words of Nehemiah throughout the entire remodel process. 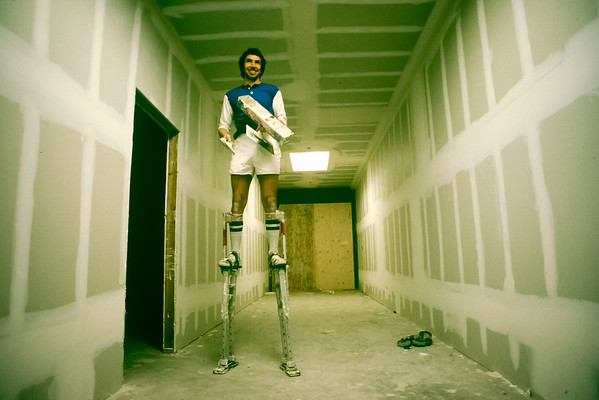 On March 9th, we held our first service in our new sanctuary under our new name, Capo Beach Calvary Chapel. Our school, founded by Ron Lamott just 2 years prior, with only 3 grades, now expanded through 8th grade.

The next 20 years were marked by innumerable events, services, outreaches, and memories. We adopted our mission statement of “Putting People in Touch with God” and sought the Lord on how we would pursue that mission within our church, throughout the community, and eventually, around the world.

Our new location was much more accessible by the community, allowing our focus for ministry to expand. We became a beacon of hope for those without a home or a meal and those trapped in substance abuse. Our outreaches expanded even further as we sent out missionaries to Costa Rica and Venezuela. God continued to develop within us a heart for missions and orphan care as we eventually committed ourselves to relationships in five other countries.

As we grew, we looked for more ways to build relationships and gather to worship. Annual men’s and women’s retreats became an important part of our community life. For years, we rented out the Verizon amphitheater to host Easter in the Meadows for thousands of people to celebrate Jesus’ resurrection.

We continued to look for ways to contextualize the message of the Gospel for people around our community. One way of doing this was by appreciating and encouraging various forms of art as an expression of worship and teaching. Performing arts, live painting, sculptures, icons and photography … these became ways of sharing the message of Christ without words.

As our love for art grew, so did our love for music. We abandoned the traditional piano and hymnal and became purveyors of a new style of worship that better reflected the Rock and Roll culture of those days. We encouraged musicians and songwriters to use their gifts to the fullest and the results were incredible. 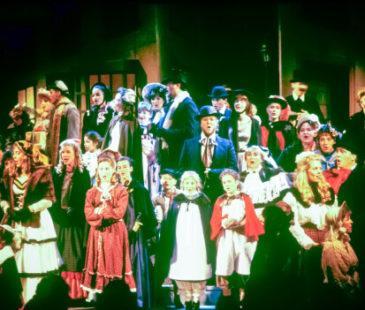 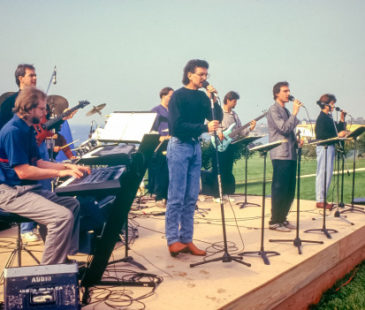 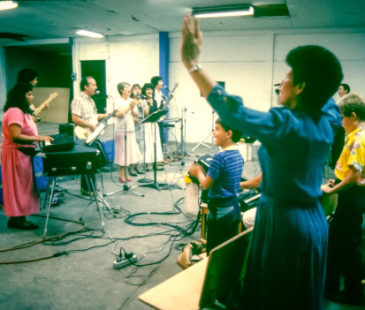 We celebrated 30 years of life as a church! We reflected on where God had taken us and we gazed out towards new adventures. Our pastors, along with the Calvary Chapel leadership agreed that our church plant should pursue our own unique identity in teaching, worship, art appreciation and leadership style. We chose to step out from the Calvary Chapel organization and into a new era of self-governed leadership.

After 32 years of serving our church, our founding pastor, Chuck Smith Jr., retired. His relentless pursuit of God and his passionate mantra of directing us to the heart of Christ serves as his legacy to this day. He taught us to think for ourselves and to be inspired by the mysteries of God. At that time Craig Whittaker, who had been serving as Executive Pastor, became our Lead Pastor, looking after our staff, leadership and church family. A year later, Peter-John Courson made his way down from his father’s church in Medford, Oregon to begin as our Teaching Pastor.

We decided it was time for our name to better reflect our identity as a non-denominational, self-governed church. We wanted our name to be uncomplicated and non-divisive. Simply welcoming. Since we had always been known as “Capo” or “CBC”, we decided the name Capo Beach Church fit just right.

After 8 years of teaching and inspiring our church, Peter-John returned to serve along side his father and brother at Applegate Christian Fellowship. During months of prayer and discussion, we sensed that God was redesigning how we would be taught and grow as a church, so the new model of a teaching team was adopted. In August of 2015 the first member of that team, Sean Kappauf, who was born and raised within the CBC community, was introduced as the anchor of that teaching team.

As Sean headed up the teaching team, he worked with:

-Bill Dogterom from Vanguard university
-Matt Whitlock, living in Hawaii, who was a previous CBC staff member, working with and discipling young adults
-Kelly Williams from Vanguard church in Colorado
After some time and lots of prayer, Matt and Mina, his wife, decided to move their family from Hawaii to Dana Point to be a bigger part of the teaching team and more connected with the CBC community.   After Sean announced he would pursue his Clean Water ministry full time, our leadership began praying for God’s will and direction to fill the teaching pastor position.   The Lord was faithful in revealing to leadership, as well as confirming to Matt and Mina, that Matt would be our teaching pastor and lead the teaching team.    When this decision was announced to the church it was received with great joy!

Just as our individual relationships with Christ are dynamically changing and growing, so has our history as a community. While our name and location has changed throughout our existence, our core beliefs and our dedication to being led by God’s Spirit has not wavered. We have always been and will remain committed to “Putting People In Touch With God.”