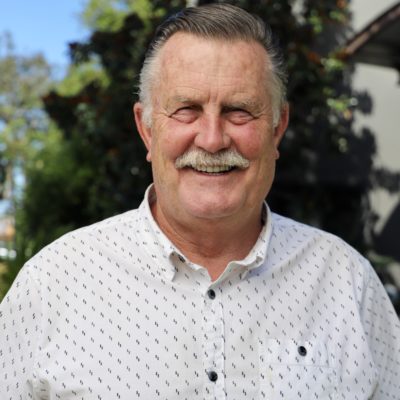 As recorded in the book of John the beloved, the one whom Jesus loved concerning John the Baptist.

“John, the Baptist, was standing with two of his disciples, Jesus walked by. John looked at him intently and then declared, “See! There is the Lamb of God!”

Jesus looked around and saw them following. “What do you want?” he asked them. “Teacher,” they replied, “where do you live?”

“Come and see,” he said. So they went with him to the place where he was staying and were with him from about four o’clock that afternoon until the evening.  One of these men was Andrew, Simon Peter’s brother. Andrew then went to find his brother Peter and told him, “We have found the Messiah!” And he brought Peter to meet Jesus.”

This interaction with John the Baptist, Jesus, Andrew and Peter takes me back to 1970.

While working at a market, right across the street from where Capo Beach Church is today a customer pointed me to Jesus and told me who he was, the Son of God.  Just like those 2 disciples I began my journey to follow him. In no way was I convinced who Jesus actually was yet I wanted to know more about him and the Jesus people who began to multiply.

John’s 2 disciples were following behind Jesus ever so closely that Jesus simply looked around and asked “what do you want?’ Perhaps they had rehearsed the answer they would give if Jesus wondered what they were up to.  There was no hesitation in their answer: “Where are you staying?” Jesus must have loved this response; they answered him with a question.  A skill Jesus would perfect.

Their answer revealed their desire, ‘can we just hang out with you?’ His response is tender; he didn’t ask another question he simply replied: ‘Come and See’. What an invitation!

In the beginning of my journey with Jesus this was my desire. I just want to be with him and know him more.  50 years later when he asks ‘What do you want?’ my answer is the same.  Whatever he is up to, I want to be there too.

All of us need to answer his question: ‘What do you want?’ He’s ready for your response whatever it may be. His desire is to be with you.  Imagine that, the creator of all, the very Son of God desires to be with us.

Back in 1970 it was weeks later that I responded to ‘Come and See’. I was in the dark when it came to Christianity. I wasn’t at all familiar with the Bible, or why would anyone want to go to church or to pray.  Yet by responding to his invitation, ‘Come and see’, I started  to read the bible, praying and revealing my heart to him, talking with new friends and attending church. I came to the same conclusion as Andrew, ‘I have found the Messiah’. It was very natural to invite others into my newly found discovery of Jesus. Perhaps I was a bit overly zealous. We read in John’s gospel that when Philip tells Nathaniel ‘we have found the very person Moses and the prophets wrote about!’, Nathaniel isn’t convinced. So, Phillip challenges him, ‘Just come and see for yourself’. Although I had yet to read this part of the Bible the answer I had for the skeptics in my life was exactly the same, ‘just come and see for yourself.’

Back to the 2 disciples of John could have witnessed the baptism of Jesus, it’s quite possible they heard the retelling of the glorious event by John: ‘I didn’t know he was the one, but when God sent me to baptize with water, he told me, ‘When you see the Holy Spirit descending and resting upon someone, he is the one you are looking for  He is the one who baptizes with the Holy Spirit.  I, (John), saw this happen to Jesus, so I testify that he is the Son of God.’ John’s disciples trusted and believed John.

I too want to testify to you that Jesus is the Son of God. He poses the same question to us, ‘What do you want?’ He continually invites us to, ‘Come and see’. Come and join His Story.

He’s on the move! May we be compelled to follow him day in and day out, every hour, every moment.  Along the way He reveals his character and the depth of his love for us.  Follow expectantly.  Think on this, just days later these guys were witness to his first miracle as he turned ordinary water into wine and not just wine as the host proclaimed it was expensive and the best wine.  At this first display of his glory we are told: ‘and his disciples believed in him.’